Patience Until Your Hard Work Pays Off

Al Voigt is CITY’s first Facility Service/First Aid Representative. His job is to make sure your employees have everything they need if something ever happens. You’d be amazed at how many times he checks a prospect’s first aid cabinet, and there are materials from 1993, or they don’t have every product they are required to have by OSHA. In short, he is the individual you can turn to, to make sure you are meeting the standards set forth for your business to keep your employees safe and productive.

It’s not every day that we are offered a life-changing opportunity. Even if we are lucky enough to receive one, we are usually too chicken to act on it right away. When Al was face to face with his chance, there was no hesitation in his mind; He knew that he had to jump in headfirst and take it. 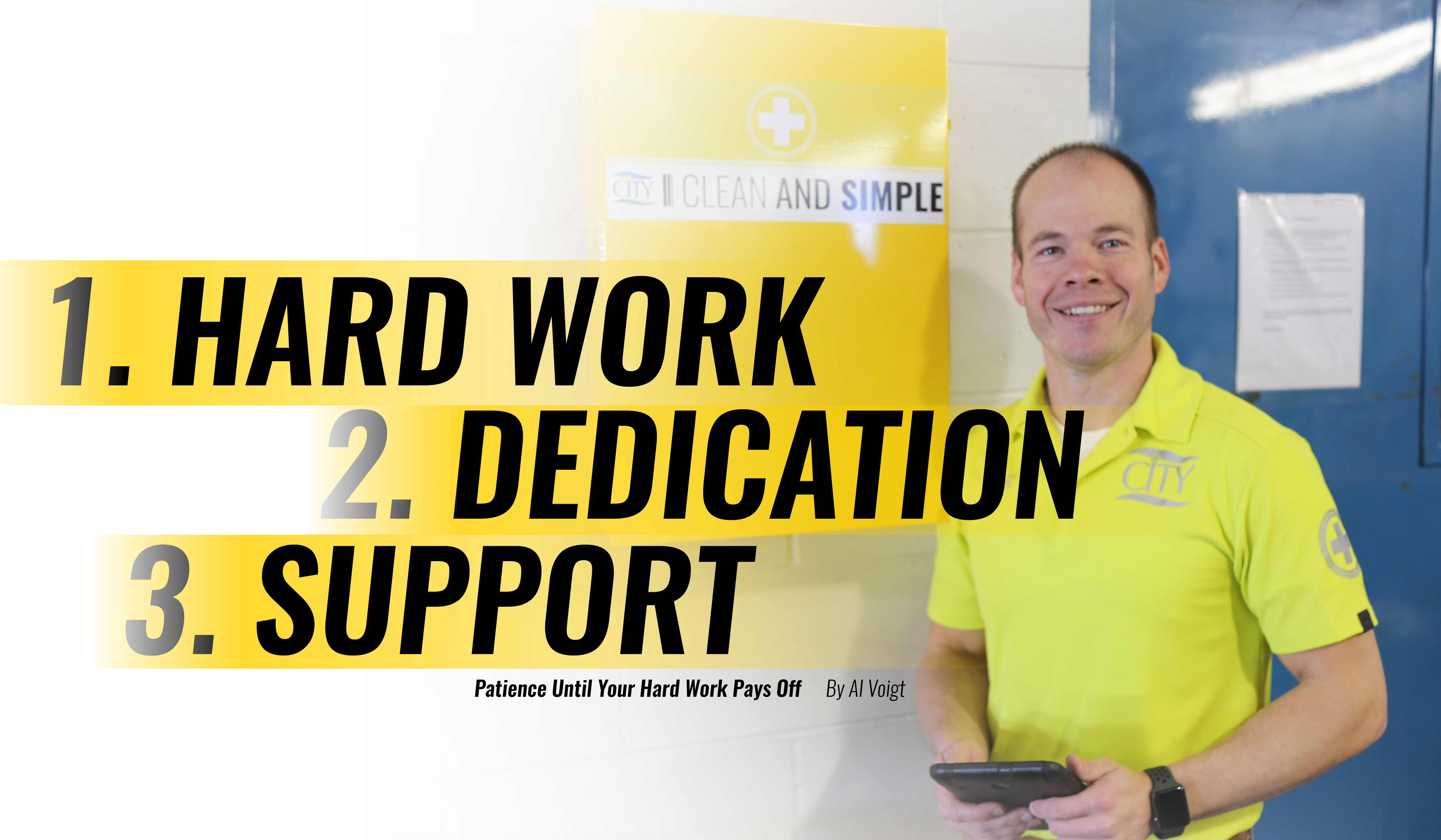 When Al first started working at CITY in 2015, he started as a Route Service Representative. It was during that time that CITY President Colin Wetlaufer and Des Moines Regional Mark Ballo approached him with the idea of starting the Facility Services/First Aid division. Al had always been very passionate about taking care of people. It was one of the things he loved about his job as a Route Service Representative. When he was offered a role as a first aid representative, you can imagine his excitement.

The very next month Al got a company vehicle and some product and, as he likes to say, the rest is history. It was challenging work that came with a lot of growing pains. Al was the only person selling facility services/first aid when CITY first started. Which meant he was the only person cold calling, selling the product, making appointments, and servicing the accounts. He was able to take ownership in every single step of the process, but it also meant, he was responsible for every single part of the process.

In Al’s case, there was a lot of ground to cover throughout Iowa and Minnesota. There were many long drives and many late nights including some overnights. It was a lot of hard work and stress; he doesn’t know how he would have done it without his support system. Mark Ballo was always there if Al needed help with anything or even if he just wanted to call and talk about any of his frustrations. Al’s wife, Kelly, knew it was a ton of work, and she put in just as much work as he did with their family.

Al remembers a time when CITY only had 50 first aid boxes, and it seemed impossible to grow. He was putting in the work and not getting any quick results. However, now that this division has been around over a year, it has been so worth it. In November of 2017, CITY sold our first facility services client and ever since then, it’s been full steam ahead. Al is selling accounts that he has been working on since the beginning, and it’s incredible to build those relationships and be a part of keeping their people safe.

We have grown the division so Al can share the responsibilities of the entire process with others now, but there is something to be said about being the first one to get the ball rolling. When people ask him what it takes to build a division from nothing, he tells them it takes three things: 1. Hard work 2.Dedication 3. Support.

According to Al, you will work for months without seeing as much return as you want, but you need to wait because that hard work will pay off. You have to be willing to put your nose in the dirt and claw your way up. You have to be resilient. You can’t give in, and you can’t give up no matter how tough it gets.

And it is only going to get better here on out!